DeAndre Jordan: Leaving Nets 'Worked Better For Both Of Us' 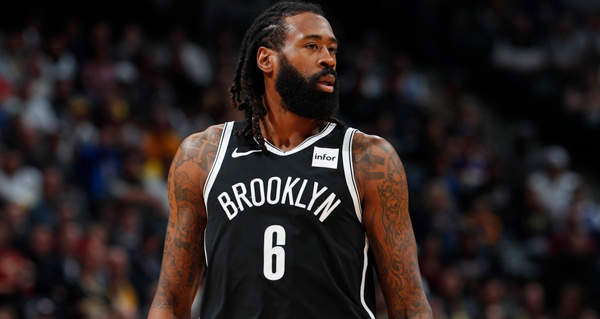 DeAndre Jordan joined Kevin Durant and Kyrie Irving with the Brooklyn Nets in 2019 as much for their friendship as his on-court contributions and was traded in 2021 as his play continued to decline.

Jordan subsequently signed with the Los Angeles Lakers following his release by the Detroit Pistons.

"We're definitely not friends anymore, so ..." Jordan said jokingly with a hearty laugh during his introductory video news conference Thursday.

The Nets saved on salary and luxury tax payments with the trade of Jordan while also re-signing Blake Griffin and signing Paul Millsap.

"We're friends before basketball, after basketball and I think ultimately we all just want to be happy," Jordan said. "And being able to compete is something that's very important to me and they understand that. And we're brothers beyond basketball, so us being teammates or not isn't going to reflect on or affect our relationship."

The Lakers figure to offer Jordan a bigger opportunity to play minutes though they also have Dwight Howard and Marc Gasol at center, while Anthony Davis is often at his best at center a well.