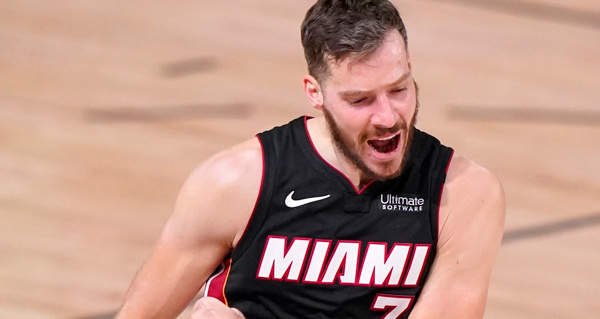 Goran Dragic reported to the Toronto Raptors despite initially expressing a hope he would end up with a contending team following his trade from the Miami Heat.

According to TSN, the Raptors still hope to trade Dragic for an asset or two by the deadline.

“He's been fantastic,” Nick Nurse said. “I checked in with him after the trade, a few days after some of that stuff. We discussed possible roles, and he's just like, 'coach, whatever, I'm good’. He's very enjoyable to talk to. He's got a super high IQ. He loves the game, obviously, competes to win, plays smart. He's been really, really fun to have.”

Dragic addresses a need at the guard position as he could either play next to Fred VanVleet or he can also anchor a second unit.