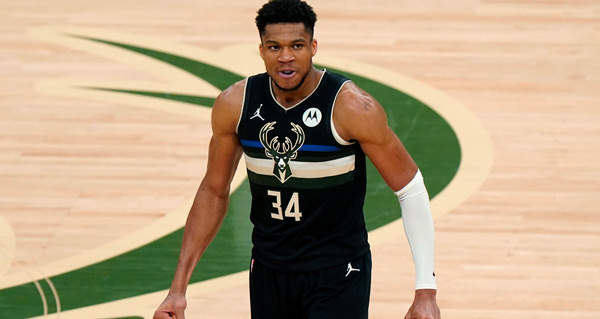 Giannis Antetokounmpo recently told reporters that he's still dealing with some soreness in his left knee. Antetokounmpo suffered a hyperextension in in Game 4 of the Eastern Conference Finals against the Atlanta Hawks. He continued to play and led Milwaukee to the championship in six games over the Phoenix Suns.

Antetokounmpo told a television station in Greece that he's "still hurting". The two-time MVP added that he feels good to start the season, as the Bucks defend their NBA title.

At this point, it's unknown if the soreness will cause Antetokounmpo to miss any games. It is expected that Milwaukee will manage minutes for their veterans players throughout the regular season. This is especially true early in the season after a long playoff run and a shortened offseason.