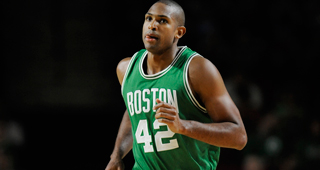 Boston Celtics head coach Ime Udoka said the team plans for Al Horford to play in back-to-back games this season. Following his trade to the Oklahoma City Thunder, Horford played in only one end of back-to-back contests. The Thunder then shut Horford down midseason, as they sought to get him healthy for a potential trade.

The Celtics reacquired Horford in Brad Stevens' first transaction as President of Basketball Operation. Boston sent Kemba Walker and a 2021 first round pick to Oklahoma City in exchange for Horford and Moses Brown.

Udoka said he sees Horford as a big part of the Celtics rotation this season and that playing back-to-backs is part of that. Udoka said, "Definitely something we discussed and we're already looking at scheduling a little bit. But like I mentioned before, Al’s come in in great shape and means a lot to the team."