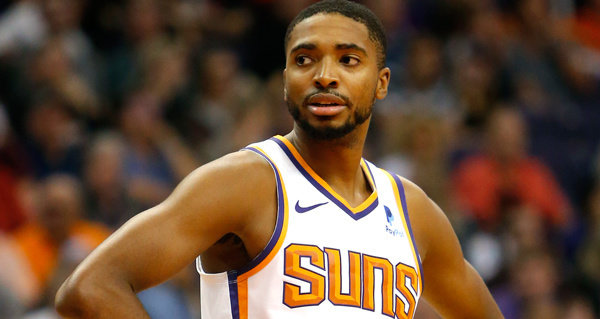 The Phoenix Suns and Mikal Bridges have agree to a rookie scale contract extension worth $90 million over four years. Bridges was acquired by the Suns in a draft night trade at the 2018 NBA Draft. Phoenix sent the Philadelphia 76ers the draft right to Zhaire Smith and a future pick for the draft rights to Bridges.

In his first three seasons in the NBA, Bridges has proven to be a reliable and rugged player. He's played in all 227 regular games of his career, starting 160 of those games.

Last season, Bridges took a jump to becoming a more reliable offensive player. Bridges averaged 13.5 points, 4.3 rebounds and 1.1 steals per game as the Suns made it to the 2021 NBA Finals. He also put up shooting splits of 54/43/84.