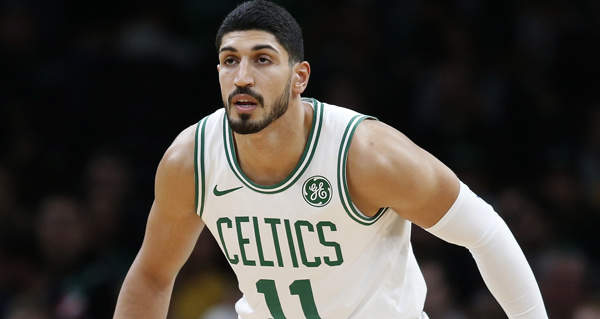 The Boston Celtics had their season opener pulled off the air in China by broadcaster Tencent. This decision was made after Enes Kanter made comments about the Free Tibet movement.

Kanter recently took to social media and called China's leader, Xi Jinping, a "brutal dictator" for his treatment of the Tibetan people. Kanter then wore shoes to Boston's opener with Free Tibet messaging emblazoned on them.

Boston's games being pulled from the air in China follows Philadelphia 76ers games also not being broadcast in the country. That decision is in its second year, due to Daryl Morey running the Sixers basketball operations. Two seasons ago, Morey tweeted in support of Hong Kong, angering many in China. That led to the NBA as a whole being temporarily pulled off the air. The ban was then limited to Morey's then Houston Rockets' team, before being transferred to the 76ers last season and this season.