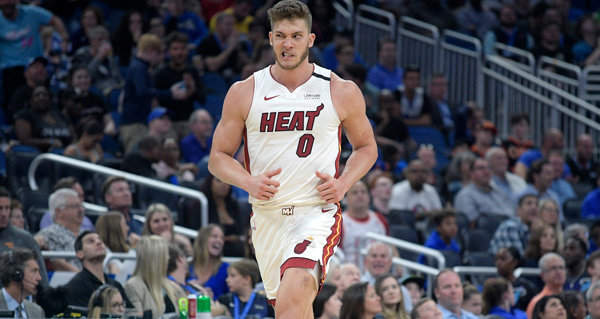 Meyers Leonard has been out of the NBA since he was waived by the Oklahoma City Thunder last March. That waiver followed a trade from the Miami Heat after Leonard uttered a slur towards Jewish people while streaming himself playing a video game. Now, Leonard says he hopes he gets another shot to play in the NBA.

Leonard said, "I can only be hopeful that people will allow me bounce back from a mistake. This was a mistake of extreme ignorance, and I own it."

Since being waived, Leonard has made efforts to educate himself on Jewish culture. He's spent time talking with Jewish children, Rabbis and others. Leonard openly discusses saying the anti-Semitic slur and his lack of understanding at the time. The 7-foot-1 center says the Jewish community has been very welcoming towards him and his wife. "The people who have been the most loving and the most compassionate, showing the most grace, have been so many people from the Jewish community," Leonard said.

As for a return to the NBA, Leonard would love to go back to the Miami Heat. He said he and his wife loved living in Miami. And Leonard enjoyed playing for the Heat, as he said, "There's something about the culture there that's just me."