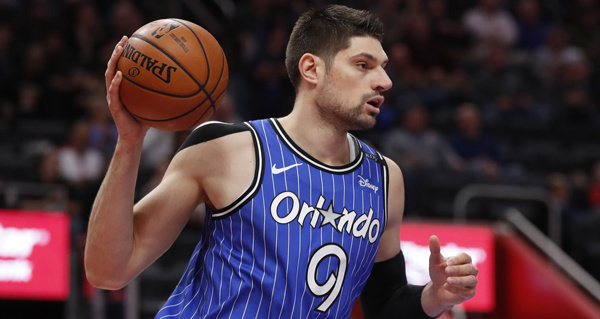 Through eight games, Nikola Vucevic is averaging more minutes than ever, but he's taking fewer shots and averaging his lowest points per game since his second NBA season. However, the Chicago Bulls center has no complaints.

"It's just the way we play that they have the ball. I think as a big man that's usually how it is; it's just the rough life of a big man," Vucevic said with a laugh. "The guards have more of the ball. It's fine. I think it's just more for me how to find my fit within all that. I understand that I might not be able to average what I averaged in Orlando, but it's totally fine. I think the guys understand that as well, so we're just trying to work on that. Obviously, we know that Zach (Lavine) and DeMar (DeRozan) are primary scorers. I think after that there's a lot of opportunities for a lot of guys."

Vucevic continues to be a top rebounder, as he averages 10.8 boards per game. He's also averaging a career-best 4.5 assists per game.

"Obviously, my role is a little different than what I had offensively last year when I came here than with Orlando," Vucevic said. "There's more talent and more guys who can score. So it's a little different offensively for me. So I just try to do different things, passing, defensively rebounding; there are many ways you can impact the game, screening and doing other things that I can to help the team. When you have so much talent around you, you have to adjust, a little bit change your game and play a different way. And that's what I've been trying to do.