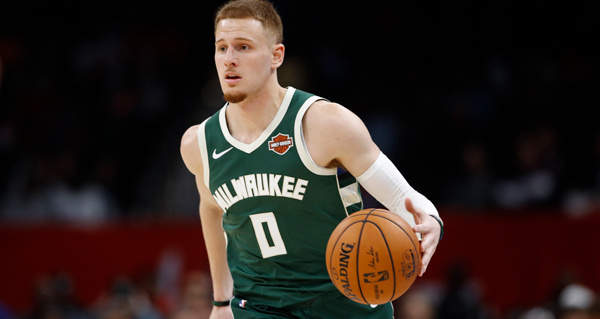 Milwaukee Bucks guard Donte DiVincenzo's 2021-22 season debut will have to wait a little longer than anticipated. The fourth-year player was set to return from a foot injury on Wednesday night, but entered the NBA's health and safety protocols on the eve of debut.

DiVincenzo joined teammates Giannis Antetokounmpo and Wesley Matthews in the protocols. If DiVincenzo is unable to produce two negative tests at least 24 hours apart, he'll be out for a minimum of 10 days.

That delay would mean a late-December return for the team's starting shooting guard. DiVincenzo has been out since injuring his foot in late-May during the Bucks first-round playoff series against the Miami Heat.