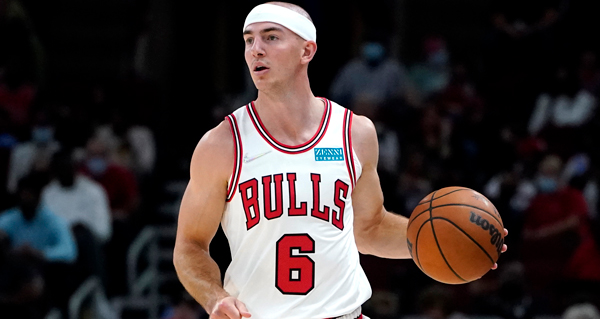 Alex Caruso has been a key player in the Chicago Bulls surprising start to the season. The offseason addition has played well either as a reserve or as a spot-starter for the Bulls. Unfortunately, after recently missing time with a hamstring strain, Caruso will now be out for at least a week due to a foot sprain.

The Bulls said Caruso sprained his left foot against the Houston Rockets on Monday. He's expected to miss 7-to-10 days due to the injury.

In his first season in Chicago, Caruso has averaged 8.4 points, 3.7 rebounds and 4.0 assists for the 19-10 Bulls. Caruso has also been lauded for his perimeter defense, which has helped key Chicago's top-10 defensive rating.