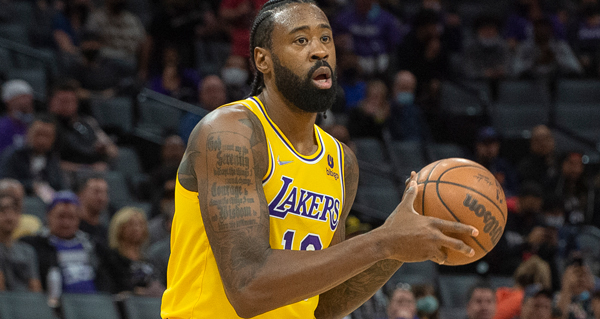 The Los Angeles Lakers appear to be focused on opening roster spots, as they try to retool their roster around LeBron James, Anthony Davis and Russell Westbrook. After trading Rajon Rondo to the Cleveland Cavaliers in a salary-clearing, roster-opening move, the Lakers aren't done.

LA is apparently talking to other teams about taking on Kent Bazemore and DeAndre Jordan. Both players have fallen out of the Lakers rotation, making them available for trades. It appears Los Angeles would like the flexibility of open roster spots at the trade deadline and buyout season.

Both Bazemore and Jordan have started at times for the Lakers this season, but in recent weeks have seen their roles lessened. Frank Vogel has prioritized playing lineups that are smaller and more versatile, while the team waits for Anthony Davis to return from his knee injury.