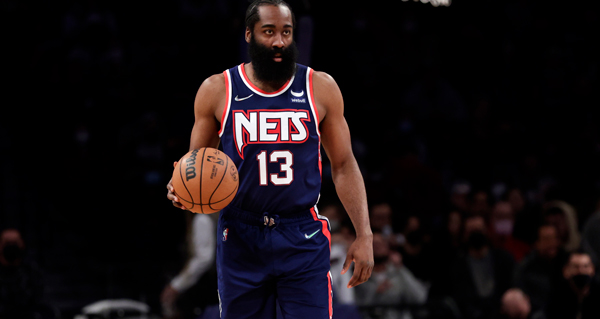 The Brooklyn Nets and Philadelphia 76ers held discussions on Tuesday on a trade centered on James Harden for Ben Simmons. The Nets are asking for Simmons plus two or three other pieces in the form of players or draft picks from the 76ers.

"The sides are absolutely talking, absolutely negotiating," said Brian Windhorst on Get Up. "[Tuesday], the 76ers were out looking for other moves. Talking to other teams about other moves. Moving players. Opening roster spots. Leading those teams to believe they were getting ready to make the other deal.

"They have swapped offers. Really right now, it's about haggling the ancillary parts.

"Does this mean it will absolutely get done by tomorrow? I can't say that. I'm not sitting in the room. It's complicated. They are in the deal zone right now. I am leaning towards this probably happening. I don't want to guarantee it or anything, but I think we're heading in that direction."

Harden is pushing for this trade, according to Windhorst.

"I can't tell you how much James Harden wants this," said Windhorst.

Windhorst suggests the way Harden played at the Sacramento Kings was a signal he wants out. Harden has subsequently not played at all for the Nets.

"He is screaming in every way he possibly can 'I don't want to be here, get me out of here.'"

Windhorst adds that there could be more consequences for the Nets if they don't trade Harden at the deadline.

"That's what has spurred this into being: James Harden's basic feeling 'I don't want to be here anymore.'"