Doug McDermott Out For Remainder Of Season With Severe Ankle Sprain 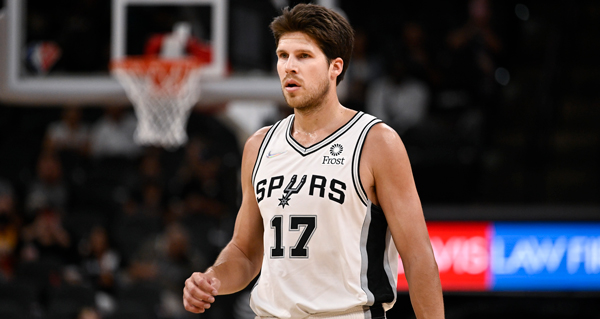 San Antonio Spurs forward Doug McDermott will miss the remainder of this season due to a Grade 3 right ankle sprain. McDermott was injured in a game against the Indiana Pacers on March 12.

In his first year with the Spurs, McDermott has started all 51 games he's played in. McDermott averaged 11.3 points per game and was one of the NBA's best three-point shooters at 42.2% from behind the arc.

McDermott is in the first season of a three-year deal with San Antonio. He joined the Spurs via sign-and-trade from the Indiana Pacers in the summer of 2021.