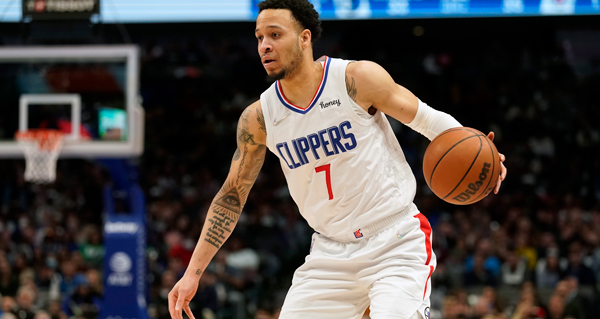 The LA Clippers have made a series of roster transactions. LA waived Semi Ojeleye, converted Amir Coffey from his Two-Way contract to a standard contract and signed Xavier Moon to a Two-Way deal.

Ojeleye appeared in 10 games with the Clippers after being acquired in a trade deadline deal with the Milwaukee Bucks. After four seasons as a rotation player with the Boston Celtics, Ojeleye was unable to carve out a consistent role with Milwaukee or LA.

Coffey has become a rotation player for the Clippers in his third season after being a part-time player in his sophomore season. Coffey has played in 62 games (28 starts) and averaged 8.9 points on 44/36/85 shooting splits.

Because LA didn't have an exception available, Coffey was converted for the remainder of this season only. He'll be eligible for restricted free agency this offseason.

Moon spent time with LA earlier this season on a series of hardship 10-day contracts. Moon averaged 5.5 points in six games with the Clippers. In 19 G League games (17 starts), Moon has averaged 18.7 points, 4.6 rebounds and 6.3 assists.