Terrence Ross Would Like To Be Traded From Magic 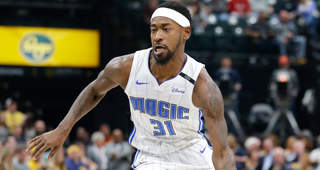 Orlando Magic wing Terrence Ross has made it through the last two NBA trade deadlines as the last man standing from the team's former veteran core. If Ross has his way, it won't come to that again in 2023.

While Ross hasn't made an explicit trade demand, he's made it clear he'd like to play elsewhere moving forward.

“I feel like I’m a part of that old regime, and they’re going in a different direction," Ross said. "I don’t know what they’ve got in store for me. It’s hard to say. They don’t really let me know too much about what they’re doing. So, I’m kind of here, just along for the ride.”

“They know that. They’re well aware of that, so there’s no point," Ross said. "They’re going to do what they want to do regardless.”