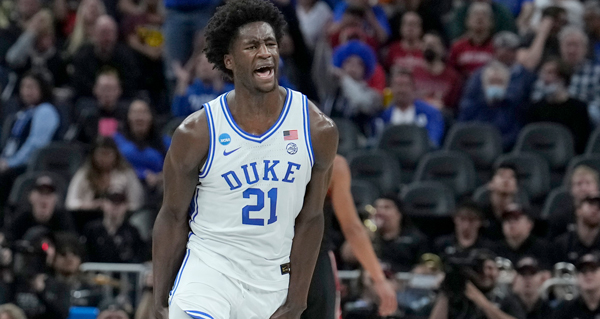 Duke freshman wing A.J. Griffin is following the lead of several teammates and has declared as an Early Entry Candidate for the 2022 NBA Draft. Griffin becomes the fourth Blue Devil to declare for the draft. He joins Paolo Banchero, Trevor Keels, Wendell Moore Jr. and Mark Williams on the Early Entry list.

Griffin projects to be a mid-lottery pick by most draft experts. Several have him ranked inside the top-10.