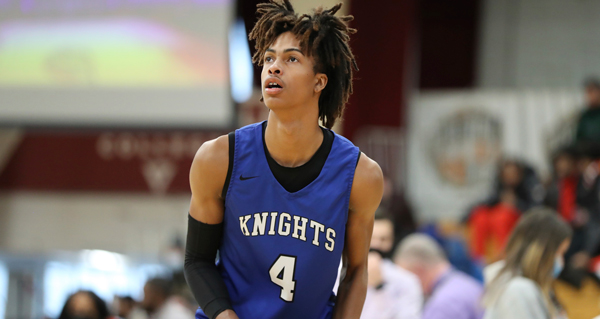 Naasir Cunningham, who is considered the top recruit in the class of 2024, will sign with Overtime Elite. Cunningham will sign via OTE's new scholarship model, as opposed to taking a salary. This will allow Cunningham to retain his NCAA eligibility.

Cunningham played the first two seasons of his high school career at Gill St. Bernard's School in New Jersey. The West Orange, New Jersey native said that he believes joining Overtime Elite is the past path for his professional future.

"This is best place for me to develop as a player, while getting the right education to fall back on at the same time," Cunningham said. "Overtime built a relationship with my family and I, which was a big factor in trusting them with my future. I want to be the best basketball player I can, an NBA draft lottery pick and hopefully one of the best in the league. Overtime is going to put me in position to become the best player I can."

Cunningham is the highest-ranked player to sign with Overtime Elite in their two-year history. OTE is an alternative, academy-style path for players who would like to earn money, while also preparing for their professional careers in basketball.