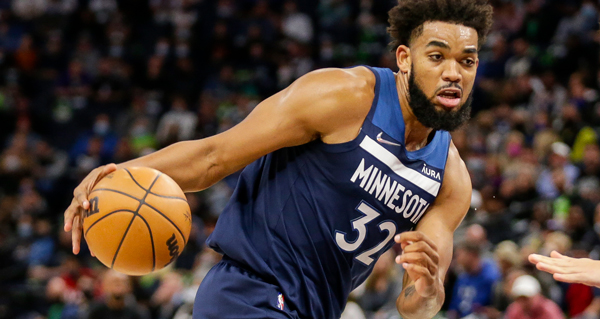 The Minnesota Timberwolves may have fallen in six games to the Memphis Grizzlies, but Karl-Anthony Towns remains bullish on his team's future. When asked about signing an extension with the Wolves, Towns was hopeful it would get done.

“I love this city. So, obviously things will happen this summer. When they happen, they happen. I've been here so long. I don’t like making prophecies. I’ll let it come if it comes. And if it comes, it comes, then we’ll deal with it when it comes," Towns said. "Just take every day, I’ve been here long enough to know that everyday things can change, so just be happy with where everything is at right now."

Towns added that he was tired from a tough, physical series. But that he's appreciative of the support he had this season.

“These guys did a lot for me coaching staff, teammates, this city, these fans," Towns said. "Just extremely honored to be in this position, to be wearing this jersey, representing the city and the state."