Tony Ressler: Hawks To Shake Up Roster, Could Pay Luxury Tax In 2023 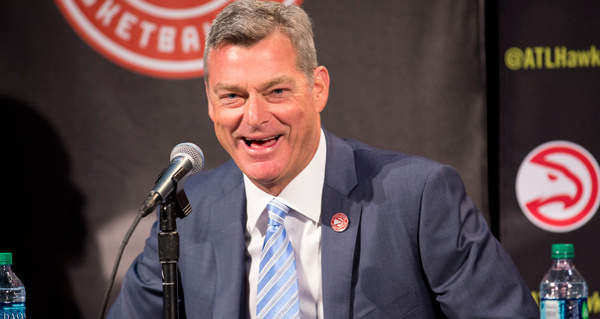 During a 30-minute media interview, Tony Ressler talked about how the Atlanta Hawks made a mistake in bringing back mostly the same roster that reached the Eastern Conference Finals the season before.

“I think if you asked our front office, they would say that they thought, based on last season’s visit to the Eastern Conference finals, that we could bring back predominantly the same team and get better, and (they) expected to be better,” Ressler said. “I don’t think that worked out the way we thought.

“Yes, I think we should have tried to get better rather than bring back what we had. That won’t happen again. It was a mistake, in my opinion at least.”

Atlanta will have salary cap constraints with its current roster, as Trae Young's max (and possible supermax) extension kicks in this coming season.

Ressler has previously said he's comfortable paying the luxury tax if the Hawks are a title contender.

“We’re going to pay what we have to pay,” Ressler said. “Sometimes owners set a tone — and I’m trying to set a very clear tone — sometimes we say some things one season that may not pertain to the next. Going into the tax doesn’t scare us. Obviously, you want to spend money intelligently. Obviously, you want to run a good business. For whatever it’s worth, I do not look at going into the tax as only possible if we’re competing for a championship that season. Our job is to go into the tax when it’s good business, to position ourselves for greatness. We do not fear the tax. We do not fear spending money. We fully expect Atlanta to be a truly attractive marketplace for (whoever) considers playing here. Money is not going to be our obstacle.”

Ressler was then asked directly if he's given Travis Schlenk permission to enter the tax this season.