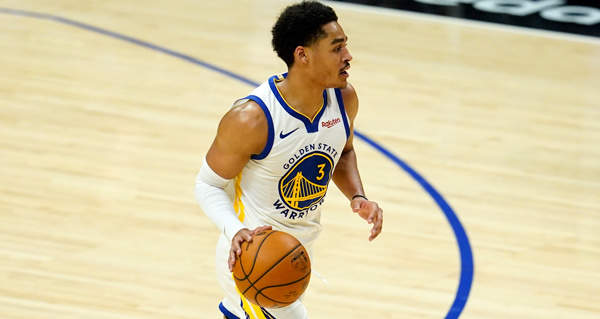 Jordan Poole has had a breakout season for the Golden State Warriors. And it happened just in time for contract extension talks to happen this season.

Despite Poole being expected to command big money in an extension, Warriors GM Bob Myers doesn't think it will be a problem for his ever-expensive roster.

“You don’t need me to tell you what our payroll is. It’s pretty high,” Myers told said. “So, (Warriors governor Joe Lacob) just wants to win. And we’ve spent a lot and we’ve kept all the players we want to keep, so I don’t see that changing.”

Despite the Warriors salary plus tax bill reaching record levels, Meyers reiterated that Golden State's governors are committed to doing what it takes to win.

“I mean, thankfully I work for an ownership group in Joe (Lacob) that has committed all kinds of resources to winning," Myers said. "And I know that because every time I asked him about roster and strategy, it’s always winning.”