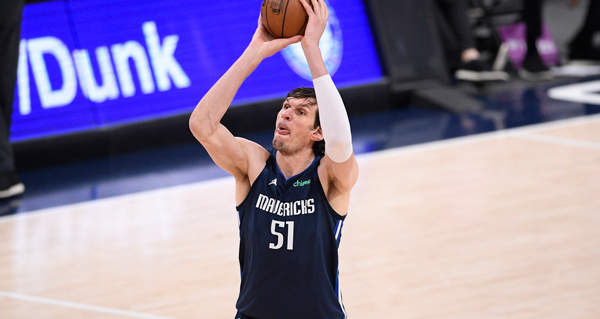 Shortly after the Dallas Mavericks select a player with the 26th pick of the 2022 NBA Draft, that player's draft rights and four other Mavs will be sent to the Houston Rockets in exchange for Christian Wood. The trade must wait until Dallas picks at #26 due to the Stepien Rule, which prevents trading consecutive future picks.

Following that trade, Houston is expected to waive or re-trade several of the players they will acquire. The one player whose future is up for debate is Boban Marjanovic. The Rockets plan to enter next season with Alperen Sengun as their starting center, and they're projected to select another big man with the third overall pick in the draft.

Houston is considering whether they should keep Marjanovic for depth at the center position, or if they should waive or re-trade him. Sterling Brown, Trey Burke and Marquese Chriss, the other three players the Rockets will acquire for Wood, are not expected to stay with Houston.