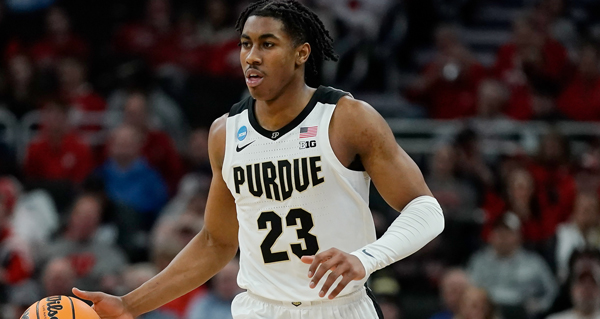 The Oklahoma City Thunder are "aggressively pursuing trade conversations" involving the No. 12 pick in order to move into the mid-lottery. The Thunder are believed to be targeting Jaden Ivey and Shaedon Sharpe.

Ivey could go as high as No. 4, while Sharpe has a probable draft range of No. 4 through No. 8.

The Thunder own the most future draft picks in the NBA, which would allow them to move up depending on how much they covet one of those higher lottery picks.

The Thunder tried to trade up at last year's draft with Evan Mobley as their target.