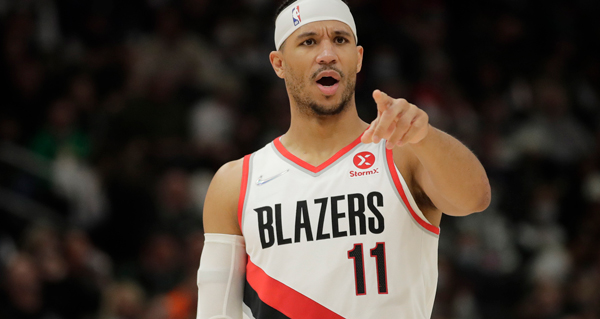 Josh Hart's contract for 2022-23 with the Portland Trail Blazers became fully guaranteed when the wing wasn't waived on Saturday. Hart will be on Portland's books at $12,960,000 for the upcoming season.

Hart played some of the best basketball of his career after being traded from the New Orleans Pelicans to the Blazers at the trade deadline. In 13 games with Portland, Hart averaged 19.9 points, 5.4 rebounds, 4.3 assists and 1.2 steals.

That built on the strong season Hart was having with the Pelicans. He shot over 50% from the field for the first time in an NBA season, a career-best 50.4%.

Hart is expected to be a key rotation player for the Trail Blazers, alongside Damian Lillard and newly acquired Jerami Grant. Portland will also attempt to re-sign free agents Anfernee Simons and Jusuf Nurkic this offseason.