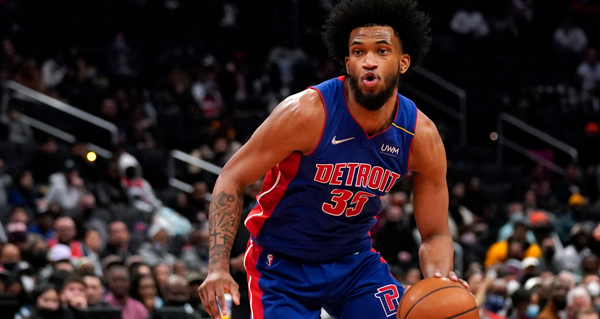 The Detroit Pistons are expected to re-sign Marvin Bagley III on a deal worth more than $10 million per year, possibly on a two-year agreement.

The Pistons traded for Bagley last season after he sought a trade from the Sacramento Kings.

Bagley averaged 14.6 points and 6.8 rebounds in 27.2 minutes over 18 games after joining the Pistons.

Detroit had been linked to a pursuit of Deandre Ayton, but that is now off the table following their selection of Jalen Duren on draft night and further trades with the New York Knicks that eat up their cap space.