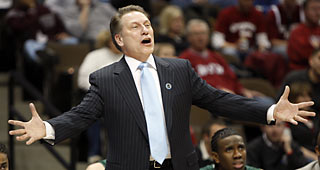 The deal, which gives Izzo around a $2 million raise, will need approval from the school board next month.

The 67-year-old Izzo has held the position since the 1995-96 season, leading the school to 24 consecutive NCAA tournament appearances.

Izzo was inducted into the Basketball Hall of Fame in 2016.