Will Barton Has Embraced Trade To Wizards 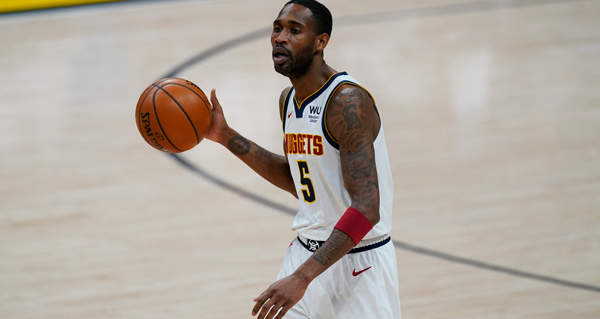 Will Barton wasn't expecting to be traded by the Denver Nuggets. But Barton also wasn't surprised when he was traded to the Washington Wizards this summer.

“It was just like a shock, but not too much of a shock,” the veteran wing said. “It was a shock in that, obviously, I had been there eight years, did so much there together, so it’s always shocking when you’ve been somewhere for so long and you’re moving on. But, at the same time, I embraced it, I’m welcoming a new chapter.”

Barton will have some familiar faces with him in Washington. Wizards head coach Wes Unseld Jr. was formerly a Nuggets assistant. And Denver teammate Monte Morris went to Washington with Barton, as Kentavious Caldwell-Pope and Ish Smith headed to the Nuggets.

Now, Barton says he's focused on helping the Wizards get back to the playoffs.

“My head is to go in there and help do the same thing I helped do in Denver,” Barton said.