Lakers Increasingly Unlikely To Send Russell Westbrook Away From Team 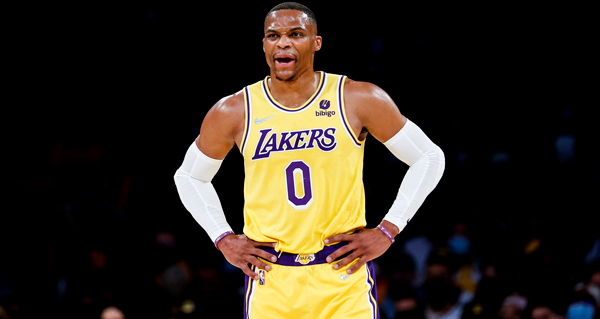 The Los Angeles Lakers are increasingly unlikely to send Russell Westbrook away from the team if they're unable to find a trade for him before the start of training camp, two sources told Marc Stein of Substack recently "with even greater conviction."

Darvin Ham is determined to establish a real role for Westbrook in his first season as head coach.

Westbrook has also been in touch with new teammate and former rival Patrick Beverley.

Westbrook is entering the final year of his five-year supermax extension he signed with the Oklahoma City Thunder in 2017.