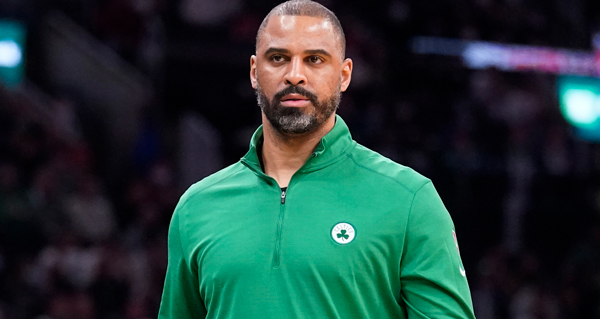 Ime Udoka violated the Boston Celtics' code of conduct by having an intimate and consensual relationship with a female member of the staff, sources told Shams Charania of The Athletic.

Wojnarowski added that while Udoka's job is not believed to be on the line, he could be suspended for the entire 2022-23 season.

The matter is still being discussed within the Celtics organization. A suspension could be handed down as early as Thursday.

Should Udoka be suspended, assistant Joe Mazzulla would likely be considered to replace him on an interim basis.