Kawhi Leonard: 'It Was Great' Being Back On The Floor 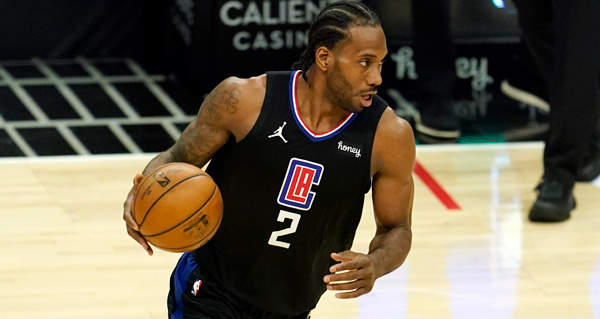 Kawhi Leonard played in his first game for the LA Clippers in 15 months on Monday night. Leonard logged 16 minutes in the Clippers preseason victory over the Portland Trail Blazers.

Following the game, Leonard was very happy to be back.

"It was great," Leonard said. "Just being able to put all that hard work that I did throughout the, 14, 16 months, just able to put it to test and playing against NBA talent, it was good. Just being out there with the guys and talking, I missed it. It was a great experience for me."

Leonard said Paul George asked him if he was nervous before the game. In typical fashion, Leonard seemed non-plussed.

"It was funny because PG asked me if I had the bubbles before the game, like [in] the stomach," Leonard said. "I am like, nah. There might be a little [chicken] wing in there floating around. I felt the same way as if I approached any other game today."