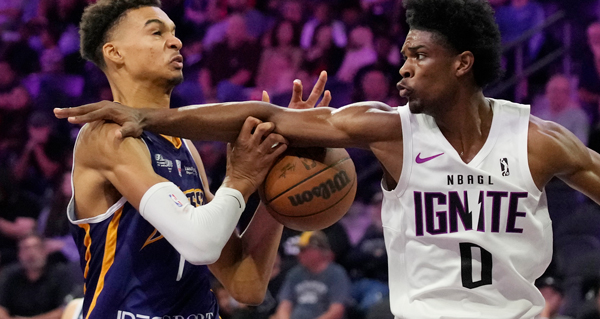 When French club Metropolitans 92 and G League Ignite agreed to play a pair of exhibition games, it was hoped that Victor Wembanyama and Scoot Henderson would put on a show. The two 18-year-old prospects delivered.

Wembanyama scored 37 points on 11-of-20 shooting, including 7-of-11 on three-pointers. He also blocked five shots. The combination of seven threes and five blocks has happened only one time in NBA history.

Henderson led the Ignite to a 122-115 victory behind his 28 points. The guard scored 28 points on 11-of-21 shooting. Henderson showed off an impressive mix of his driving ability and his jump shot.

Wembanyama and Henderson are widely expected to be selected first and second overall, respectively, at the 2023 NBA Draft.