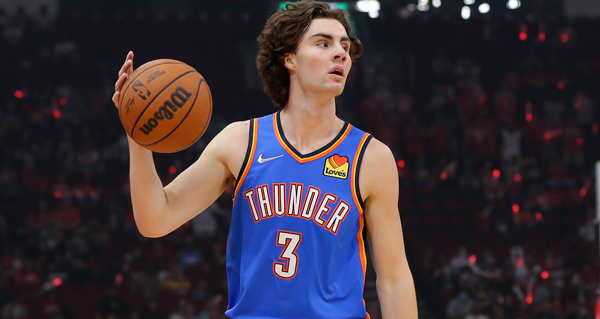 The Oklahoma City Thunder exercised their rookie scale team options for Josh Giddey, Tre Mann and Aleksej Pokusevski. All options were for the 2023-24 season. They were third-year options for Giddey and Mann and a fourth-year option for Pokusevski.

Giddey averaged 12.5 points, 7.8 rebounds and 6.4 assists as a rookie last season. The 6-foot-8 guard is considered a key part of Oklahoma City's rebuild.

Pokusevski has averaged 7.8 points and 5.0 rebounds over 106 games in his two-year NBA career.