James Bouknight Was Unconscious, Holding Gun When Found By Police 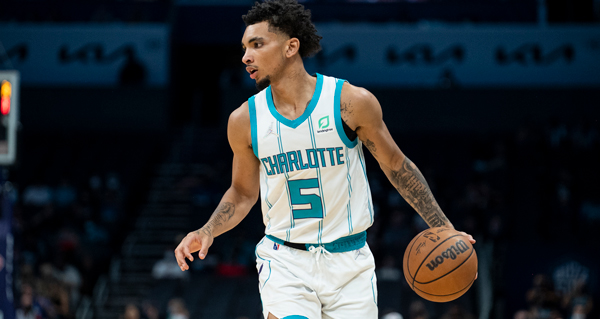 James Bouknight was found intoxicated and unconscious and holding a gun with his vehicle in drive before he was arrested Sunday morning on DWI charges.

Police said they responded to reports that a person was passed out in his vehicle in a Charlotte parking lot Sunday morning, blocking traffic.

According to the police report, officers saw Bouknight, 22, unconscious inside the vehicle with the vehicle running and in drive. He had the handgun in his hands. Officers set up a perimeter and attempted to awaken Bouknight for approximately an hour using a public address system, blasting airhorns and using lights.

Once Bouknight was awake, police say he refused to comply with commands and appeared confused for several minutes. They said he ate food inside his vehicle and then crashed into two police cars -- one of front of him and another behind him.

Bouknight eventually exited the vehicle and was detained.

"I just want to apologize for being a distraction before the start of the season for my teammates and what we've got going on," Bouknight said Tuesday. "It's disappointing, but I'm just trying to learn from it, stay strong, move on and continue to grow."