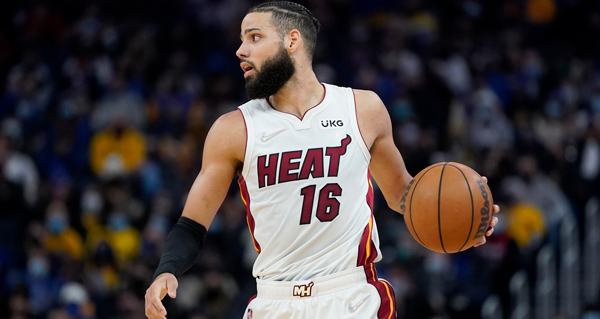 The NBA has suspended Miami Heat forwards Caleb Martin and Nikola Jovic for one game apiece for their roles in an altercation against the Toronto Raptors on Saturday night. Toronto's Christian Koloko was fined $15,000 for his part in the incident.

While battling for position with 7:46 remaining in Saturday's game in Miami, Martin taunted Koloko before tackling him into the stands. Koloko then grabbed Martin during the altercation. Jovic is being suspended for leaving the bench area and getting involved in the dustup.

Both Martin and Jovic will serve their suspensions as the Heat again host the Raptors on Monday.