Donovan Mitchell On Cavs Big Men: Never Played With Bigs As Dynamic As Them On Offense 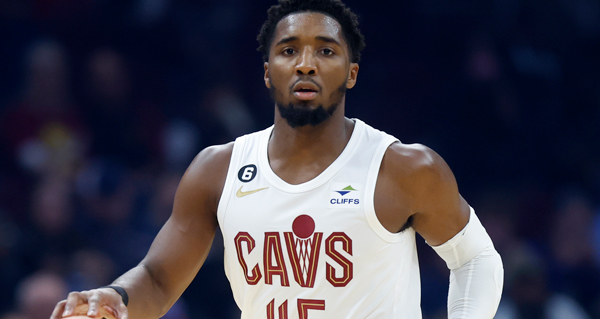 Donovan Mitchell has talked regularly about his excitement to be with the Cleveland Cavaliers. Mitchell has also been careful to avoid directly comparing the Cavs to his time with the Utah Jazz. But sometimes it happens naturally.

After Cleveland beat the Boston Celtics on Wednesday, Mitchell said he's been watching film of Darius Garland and how he works with Jarrett Allen and Evan Mobley on offense. In saying he wants to work with the talented young big men better, Mitchell perhaps unintentionally compared the duo to Rudy Gobert.

“I’ve never played with bigs as dynamic as them on offense," said Mitchell.

Mitchell may not be wrong, and likely meant nothing more than praise for his now teammates. However, some are taking this as a shot at Gobert, given Mitchell and Gobert often struggled to mesh on offense during their time in Utah.