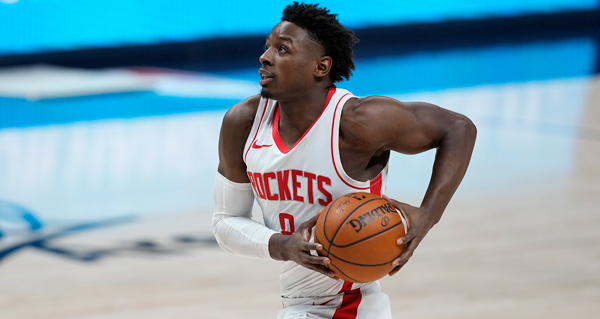 The Houston Rockets have opened the season as one of the NBA's worst defensive teams. In part, that's led the Rockets to their NBA-worst 2-12 record. Unfortunately, it will be a little while longer before Houston gets one of their better defenders back on the floor.

Jae'Sean Tate will be out at least two-to-three more weeks due to his sore ankle, per Rockets coach Stephen Silas. The two-to-three-week timeline is when the wing will be re-evaluated. It may still be sometime after that re-evaluation before Tate returns.

Tate has appeared in just three games this season. Tate missed the first four games of the season. He then played in three games to end October. After logging 30 minutes on October 30, Tate has been out with persistent ankle soreness.