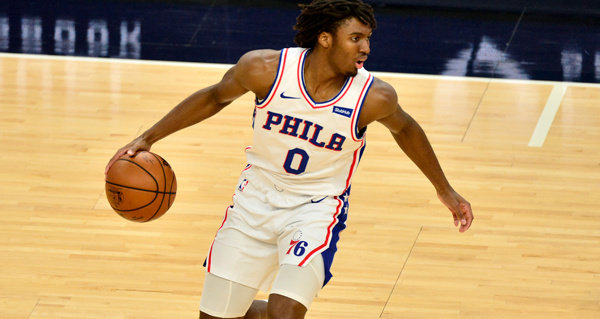 Philadelphia 76ers guard Tyrese Maxey will miss the next three-to-four weeks due to a small fracture in his left foot. Maxey is not expected to need surgery, but will miss nearly a month of action.

Maxey was injured on a drive during Friday's win over the Milwaukee Bucks. After landing awkwardly, Maxey was removed from the game and did not return.

The third-year guard was in the midst of a breakout season for the Sixers. In 15 games, Maxey has averaged 22.9 points, 3.5 rebounds and 4.4 assists, which are all career-highs.