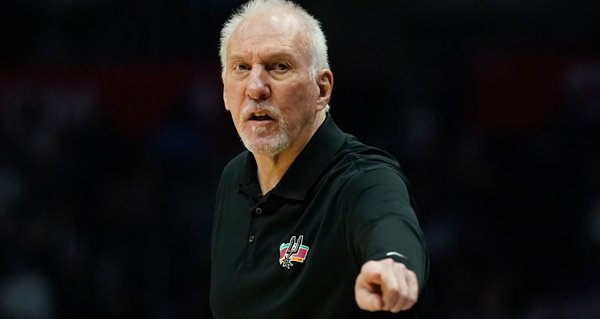 Gregg Popovich met with the media ahead of the San Antonio Spurs game at the Los Angeles as usual. However, Popovich wasn't spotted on the floor with his team less than two hours later.

Brett Brown coached the Spurs throughout the game, as Popovich came down with an illness shorty before tipoff. Brown said postgame that he found out about 20 seconds before the game that he'd be leading the San Antonio sidelines.

“At this stage I don’t have a lot of details," Brown said. "The doctors have checked him out and we’ve been advised that he’s fine.”