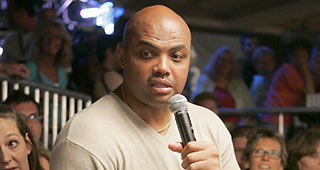 Charles Barkley and Michael Jordan were once best friends off the court, despite being fierce rivals on it. Now, the two haven't spoken in a decade.

Barkley said the rift was caused by Jordan being upset over Barkley's criticism of how Jordan has run the Charlotte Hornets.

“It’s a really unfortunate situation for me and him. But I’m going to do my job first and foremost. I can’t criticize other coaches and general managers and give him a pass because he’s my best friend,” Barkley said. “I just can’t do that. What I said was, ‘Michael’s got to surround himself with better people. And I worry about him being successful.’”

Barkley said he and Jordan had a conversation that "wasn't pleasant" after those comments 10 years ago. The two haven't spoken since, despite regularly crossing paths at various NBA events. But Barkley says he'd like to make amends with his former friend.

“I probably would say, ‘Hey, you know, what I said, I believed. I’m sorry you took offense to it, and let’s get past this bull---- and go back to playing golf and having fun.’”