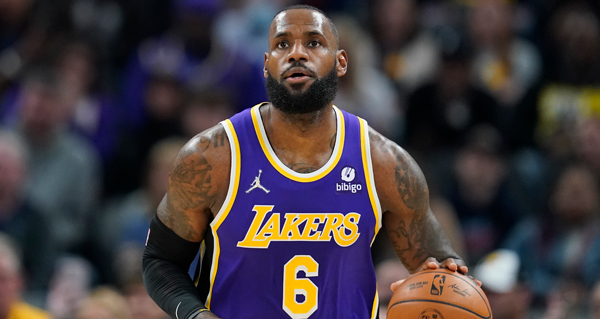 LeBron James opened up the regular season critical of the Los Angeles Lakers' lack of shooting, but his attitude has improved since he went out in November with a groin injury. The Lakers have played far better over the past month and are now in the playoff picture.

"There is a surge of confidence with this group and it starts with the demeanor and approach that Anthony Davis is bringing to the court and I'd say the same type of consistency coming from Darvin Ham and LeBron, quite frankly, as the leaders of this team," said Dave McMenamin on the Lowe Post podcast.

"We know LeBron is someone who can kind of where his emotions on his sleeve sometimes. But starting with him going out of the lineup with the groin injury, he became more engaged with this group. More vocal on the bench. More vocal in film sessions. More encouraging of teammates in their individual workouts, practices. Those types of things. He carries such a presence to him that people feel how he's feeling. And he has made an adjustment in terms of how he is bringing energy to this group. They're feeding off it once he's come back to the lineup. He's playing much better."