Zach LaVine Not Currently On Trade Market By Bulls 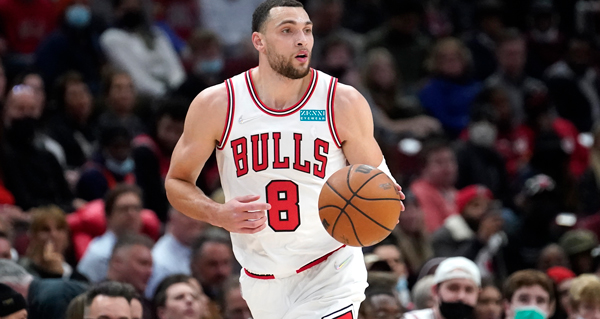 Zach LaVine re-signed with the Chicago Bulls on a five-year, $215.2 million deal this past offseason. LaVine is averaging 22.2 points, 4.7 rebounds and 4.3 assists in 20 games this season as the Bulls have struggled to establish themselves in the playoff picture.

There has been speculation that the Bulls could pivot with their roster at some point, but LaVine is not believed to be currently available in trade talks.

"The Knicks will be watching Chicago," said Adrian Wojnarowski when referencing the next star that the New York Knicks could pursue after losing out on Donovan Mitchell. "Is Zach LaVine a player who before the deadline possibly can become available? He certainly isn't now."