Mark Warkentien Passes Away At 69 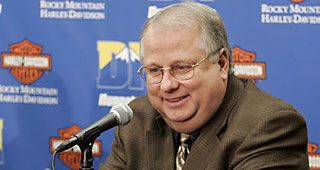 Mark Warkentien has passed away at the age of 69.

Warkentien worked his way up in the NBA from a scout to eventually becoming general manager of the Denver Nuggets from 2006-10.

Warkentien was named Executive of the Year that season after adding Chauncey Billups and Chris Andersen to a team that already had Carmelo Anthony and J.R. Smith.