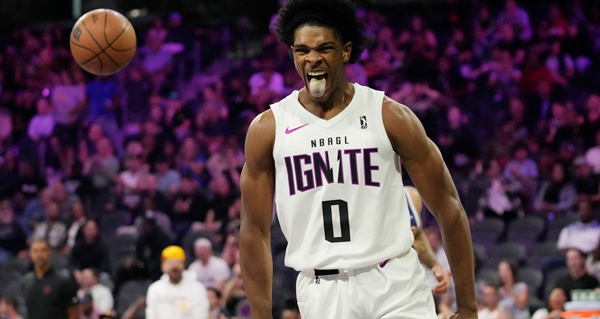 Scoot Henderson hasn't played in a game since November 18th after spending three weeks in concussion protocol following a nasal fracture. Henderson missed the G League Winter Showcase, which is one of the most widely attended events for NBA decision-makers.

Some executives indicated they would be surprised if Henderson plays in another game this season considering he's all but assured of being a top-3 pick.

But G League Ignite officials show down that thinking and insist he will play again soon.