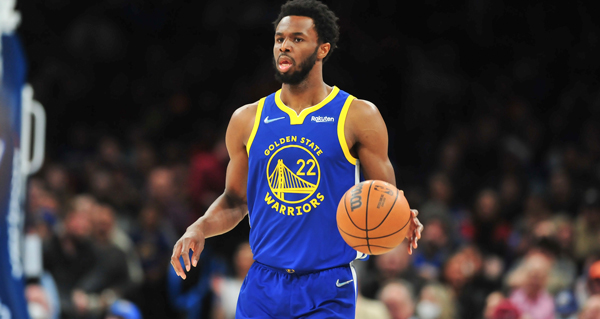 Andrew Wiggins would love to represent his home country at the Olympics someday. But Wiggins isn't interested in making the commitment Team Canada now requires of their players.

Canada Basketball recently announced that they would have a core group of 14 players who represent the team during a three-year cycle. That sort of long-term commitment isn't one Wiggins had an interest in making.

“They wanted a long-term commitment. Right now, (my priority) is for the Golden State Warriors. I got kids. I got family. I got a life outside of basketball,” Wiggins explained. “So, to commit three years to the Warriors and to Canada Basketball, it wouldn't make sense to me… I spend the whole time in-season with the Warriors, and summertime I get to decide.”

Team Canada coach Nick Nurse said that players who don't commit to the three-year cycle will "have to hope there is a spot" for them when it's time to pick the Olympics squad. Wiggins hopes that could include him, but he's got no hard feelings if it doesn't.

“I would love to play if they made the Olympics,” Wiggins said. “But I won't do no three-year commitment, you know? If not — I wouldn't lose no sleep over it if they didn’t let me. If they didn't, that would be on them.”