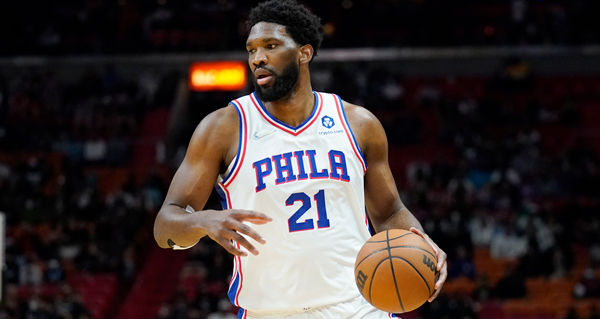 Joel Embiid sat out the Philadelphia 76ers' 129-126 overtime win over the Indiana Pacers due to left foot soreness.

Embiid injured his foot when he landed awkwardly on Jaxson Hayes on Monday night.

Embiid is considered day-to-day moving forward after he was examined by team doctors on Wednesday morning. The doctors didn't see any long-term issues.

"He didn't talk about a lot of soreness right afterward," Doc Rivers said Wednesday before the game. "Then, later that night, he said his foot was bothering him and was sore, and then more the next day."