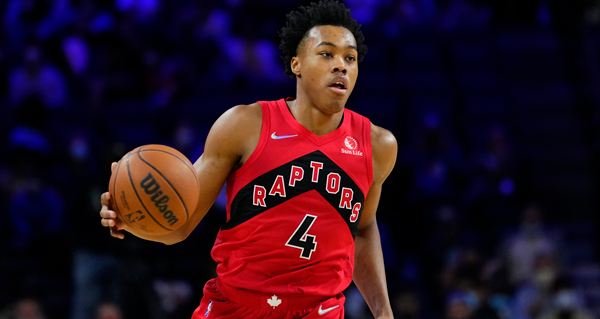 Scottie Barnes and Thaddeus Young were spotted arguing during warmups before the second half of the Toronto Raptors' win over the Portland Trail Blazers on Sunday.

Young appeared to be making sure Barnes was ready, while Barnes took exception to the notion it was necessary.