Suns Have Interest In Jalen McDaniels 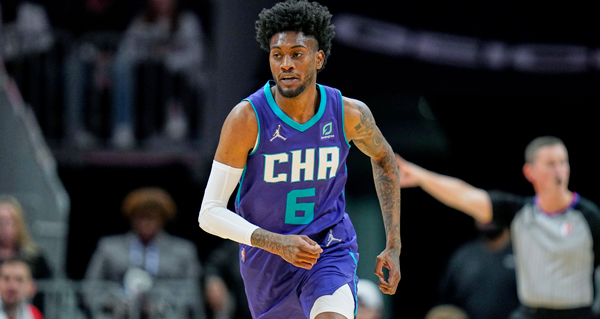 The Phoenix Suns have been looking for upgrades to their rotation, but have yet to find a deal to their liking. Phoenix seems primarily focused on adding another forward and that has the Suns interested in Jalen McDaniels of the Charlotte Hornets.

McDaniels is putting together a career-best season in his fourth year with Charlotte. The 6-foot-9 combo forward has averaged 10.1 points, 4.9 rebounds and 2.1 assists in 26.5 minutes per game, which are all career-highs.

McDaniels is in the final season of the four-year deal he signed with Hornets as a rookie. His salary is just $1.9 million, making him an easy player to match salary for in a trade. McDaniels will be an unrestricted free agent following this season.

Phoenix is also continuing to try to find a home for Jae Crowder. The veteran forward hasn't played for the Suns this season, after he and the team agreed he'd sit out until a trade was found.