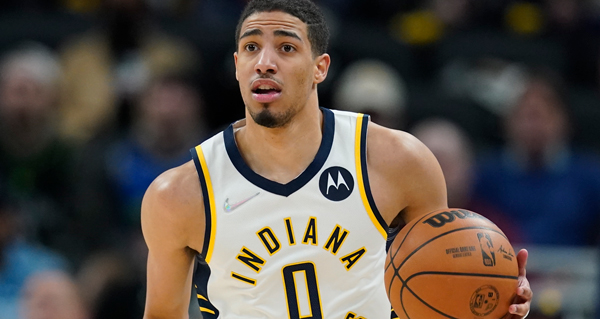 Tyrese Haliburton was injured on a fall late in the third quarter of the Indiana Pacers loss to the New York Knicks on Wednesday. Haliburton appeared to injure his left knee and left elbow on the play.

After the game, Pacers coach Rick Carlisle confirmed that Haliburton was on crutches leaving the arena and would be examined on Thursday. Carlisle said it's unlikely his star guard would play Friday or Saturday.

Indiana also lost Myles Turner right before tip-off. Turner had back spasms and ruled out shortly before starting lineups were announced.