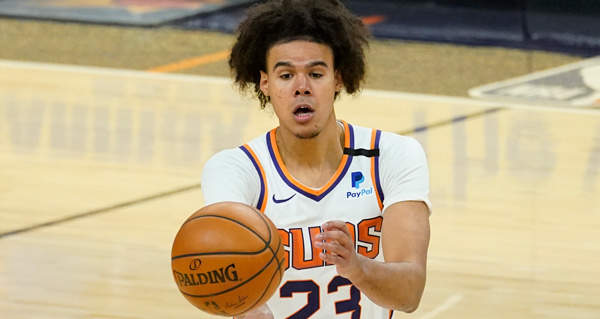 Phoenix Suns forward Cam Johnson has been out since November 4 due to a torn right meniscus. Two-plus months later, Johnson is closing in on a return.

Suns GM James Jones said Johnson should be back "soon" in a radio appearance with Burns & Gambo on Arizona Sports.

“He’s in the latter stages of it but as far as a definitive timeline I don’t have anything,” Jones said. “I do know at some point soon we should get him back. I just can’t tell you if that’s going to be in five days, 10 days but every day he’s getting closer.”

In recent weeks, Johnson has ramped up his activity. He's wrapping up his return-to-play conditioning phase of his rehab.

Phoenix could use Johnson back, as Devin Booker and Cameron Payne aren't scheduled to be re-evaluated until late-January. And over the last week or so, Deandre Ayton, Chris Paul and Landry Shamet have all missed games with various injuries. The Suns are also still trying to find a trade for forward Jae Crowder, who has been away from the team all season.