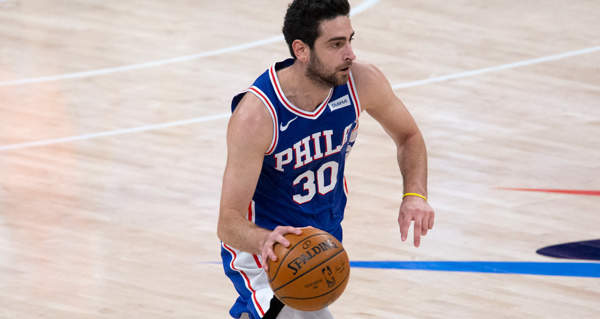 The Philadelphia 76ers sit just above the NBA's luxury tax line, but don't expect them to finish there. The Sixers are currently approximately $1.2 million over the tax line but can get out of the tax by shedding a salary or two.

That ability to avoid paying the tax, has the expectation around the NBA that Philadelphia will shed the salaries for either Furkan Korkmaz or Jaden Springer. Moving either player without taking significant salary back would get the 76ers under the tax line. Neither Korkmaz nor Springer have been a regular rotation player this season in Philadelphia.

Korkmaz carries a cap/tax hit of $5 million for this season, with $5.4 million fully guaranteed to him next season. Springer is in Year 2 of his rookie scale contract at $2.1 million. He's on the books for $2.2 million in the third year of his rookie deal, with a team option for 2024-25 at $4 million.