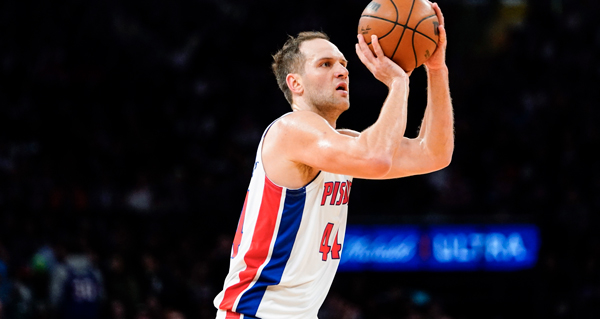 Should Noel not get traded by the Pistons, he is unlikely to accept a buyout this season.

Alec Burks is reportedly receiving trade buzz, though the Pistons have shown little interest in dealing him.

The team is also setting a high price for Saddiq Bey, with others around the league under the impression that the Pistons are looking for a "deal they can't refuse."

Edwards also confirms rumors that the Pistons are looking for at least an unprotected first-round pick for Bojan Bogdanovic, though they are not anxious to trade the small forward as they value his veteran leadership.